"By genetically engineering diatom algae - tiny, unicellular, photosynthesising algae with a skeleton made of nanoporous silica, we are able to produce an antibody-binding protein on the surface of their shells. Anti-cancer chemotherapeutic drugs are often toxic to normal tissues. [...]To minimise the off-target toxicity, the drugs can be hidden inside the antibody-coated nanoparticles. The antibody binds only to molecules found on cancer cells, thus delivering the toxic drug specifically to the target cells."
Back in 1950, a farmer would have been able to grow around 2,500 kilograms of wheat per hectare of cropland. Today, that figure has more than tripled. Advances in plant breeding and technical innovations will continue to be necessary in order to feed the growing global population. This is where Boschâ€™s agricultural robot â€œBonirobâ€ can play a part.

According to estimates, agricultural yields need to increase by three percent a year to keep up with population growth. Along with innovative agricultural technology and improved crop protection, more efficient plant breeding will play a particularly important role.

In this area, Bonirob automates and speeds up analysis. The robot, which is approximately the size of a compact car, uses video- and lidar-based positioning as well as satellite navigation to find its way around the fields. It knows its position to the nearest centimeter. It also helps minimize the environmental impact of crop farming.
Read more... https://www.youtube.com/watch?v=n_KM5tPtz-U&list=PLK2ccNIJVPpB_XqWWq_oaZGIDzmKiSkYc 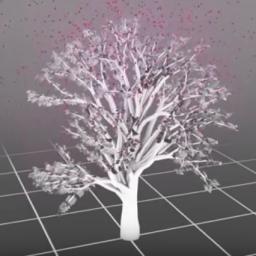 A Stanford-led team has used satellites to measure a special light emitted by plants to estimate crop yields with more accuracy than ever before. This advance will help scientists study how crops respond to climate change.

As Earthâ€™s population grows toward a projected 9 billion by 2050 and climate change puts growing pressure on the worldâ€™s agriculture, researchers are turning to technology to help safeguard the global food supply.
A research team, led by Kaiyu Guan, a postdoctoral fellow in Earth system science at Stanfordâ€™s School of Earth, Energy, & Environmental Sciences, has developed a method to estimate crop yields using satellites that can measure solar-induced fluorescence, a light emitted by growing plants. The team published its results in the journal Global Change Biology. http://www.rtoz.org/2015/11/11/stanford-researchers-develop-new-way-to-measure-crop-yields-from-space/
As the availability of clean, potable water becomes an increasingly urgent issue in many parts of the world, researchers are searching for new ways to treat salty, brackish or contaminated water to make it usable. Now a team at MIT has come up with an innovative approach that, unlike most traditional desalination systems, does not separate ions or water molecules with filters, which can become clogged, or boiling, which consumes great amounts of energy.

Instead, the system uses an electrically driven shockwave within a stream of flowing water, which pushes salty water to one side of the flow and fresh water to the other, allowing easy separation of the two streams.

According to the researchers, this approach is a fundamentally new and different separation system. Unlike most other approaches to desalination or water purification, this one performs a â€œmembraneless separationâ€ of ions and particles.

Membranes in traditional desalination systems, such as those that use reverse osmosis or electrodialysis, are â€œselective barriersâ€.

They allow molecules of water to pass through, but block the larger sodium and chlorine atoms of salt. Compared to conventional electrodialysis, â€œThis process looks similar, but itâ€™s fundamentally different,â€ https://www.youtube.com/watch?v=pmh-DvCmJDs&list=PLK2ccNIJVPpB_XqWWq_oaZGIDzmKiSkYc 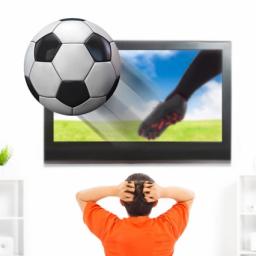 A wide spread adoption of 3D stereoscopic television is hindered by the lack of high-quality 3D content. One promising solution to address this need is to use automated 2D-to-3D conversion. However, current conversion methods produce low-quality results that exhibit artifacts that are not acceptable to many viewers. By exploiting the graphics-rendering software that powers sports video games, researchers at MIT and the Qatar Computing Research Institute (QCRI) have developed a system that automatically converts 2-D video of soccer games into 3-D. The converted video can be played back over any 3-D device â€” a commercial 3-D TV, or Googleâ€™s new Cardboard system, which turns smartphones into 3-D displays, or special-purpose displays such as Oculus Rift.

Stereoscopic 3D (S3D) movies are becoming popular with most of big productions being released in this format. However, in practice, most movies are shot in 2D and then they are upconverted to S3D by manually painting depth maps and rendering corresponding views. This process yields very good results but it is extremely costly and time-consuming. Stereoscopic 3D production of live events is much harder. Manual upconversion is not possible. Shooting live events, such as soccer games, directly in stereo requires placing multiple stereo rigs in the stadium. This is challenging and it is rarely being attempted. Therefore, a high-quality, automated 2D-to-3D conversion method is highly desired for live events. 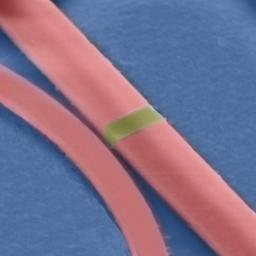 The worldâ€™s first entirely light-based memory chip to store data permanently has been developed by material scientists at Oxford University. The device makes use of materials used in CDs and DVDs, and it could help dramatically improve the speed of modern computing. Todayâ€™s computers are held back by the relatively slow transmission of electronic data between the processor and the memory. Thereâ€™s no point using faster processors if the limiting factor is the shuttling of information to-and-from the memory. The researchers think using light can significantly speed this up. 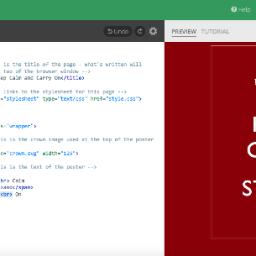 Mozilla is relaunching its new Thimble online code editor, an upgraded tool for teaching and learning web literacy in a simple, hands-on and visual fashion. Thimble is an online code editor that makes it easy to create and publish your own web pages while learning HTML, CSS & JavaScript. Thimble lets users to write and edit HTML, CSS, and JavaScript on the left side of their screen, and watch their code come to life on the right. Learners can start with simple remixes, changing words and images on a page to familiarize themselves with code and build confidence. Learners can also work their way toward creating entire web pages from scratch. Thimble is free and open source. 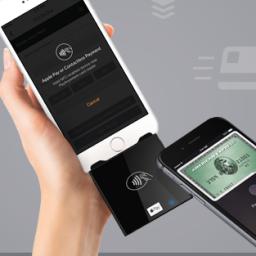 Security and privacy is at the core of Apple Pay. When you add a credit or debit card to Apple Pay, the actual card numbers are not stored on the device, nor on Apple servers. Instead, a unique Device Account Number is assigned, encrypted and securely stored in the Secure Element on your device. Each transaction is authorized with a one-time unique dynamic security code.

They are the first solution provider in the United States to distribute an Apple Pay/iPhone/iPad acceptance device.

The cost of this device will be $39.95, and the PayAnywhere Mobile app is free in the App Store. It will be available in the month of September. 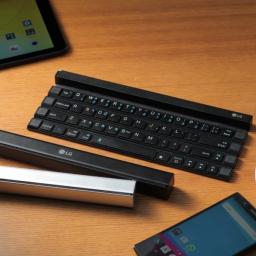 If you are frustrated with your smartphone's soft keyboard, you aren't alone. Despite their advocates, many gadget-users feel more productive on a physical keyboard, and that means there's a market for innovative or high quality ones.

Get ready for the IFA 2015 conference in Berlin, Germany, where LG Electronics (LG) will present a new, portable, rollable wireless keyboard. Unlike other portable keyboards on the market, LGâ€™s Rolly Keyboard (model KBB-700) folds up along the four rows to create an easy-to-carry â€œstickâ€ that fits into your pocket, purse, or briefcase.

The typing on Rolly Keyboard is extremely comfortable because its 17mm key pitch is nearly as generous as the 18mm key pitch found on most desktop keyboards. It is made of impact-resistant and durable polycarbonate and ABS plastic. So the typing on the keyboard offers satisfying tactile feedback not found on flexible silicone keyboards. Two sturdy arms fold out to support smartphones as well as tablets in an upright position. It simply unfolds the Rolly Keyboard, enables the auto pairing function to connect easily to two different devices at the same time via Bluetooth 3.0 with the ability to toggle between the two with a simple key press. A single AAA battery powers the keyboard for up to three months of average use.

Engadget reports, "The keyboard is just the start: the company says it plans to offer even more "input devices" in the next few months." Recently, LG has announced that from the end of August it will start rolling out four new 4K Ultra HD OLED TVs across its US, UK, German and Korean markets. The four new models add new features and form factors to the brandâ€™s existing OLED range.
Smartwatches are here, but are they here to stay? Given short battery life and - for the moment, limited use cases - Google, Apple, and the others are in a race to build or have built apps that make your smartwatch a must-have item.

Google's latest innovation for Androidwear is interactive watch faces and translation apps. The interactive watch face is a direct assault on Apple, who has not permitted similar functionality for its Apple Watch. Tap, and the watch reveals more information like weather, fitness, to unread mail, to upcoming meetings and so on. There's obviously room for improvement here, but allowing it to happen at all is a step in the right direction. The folks at Google have indicated there are more than 1,500 watch faces currently available.

Their second innovation is putting a built in Google translate on their smartwatch. RTOZ reports:

just speak into your watch to see your conversation translated into any of 44 languages. Flip your wrist to show the translation to a friend. When they respond in their own language, flip your wrist back, and youâ€™ll see in your language what theyâ€™ve just said.

Google Translate will automatically recognize which of the two languages is being spoken, so once you tap to start the conversation, all you and your buddy need to do is keep talking naturally.

Google Translate covers 90 languages total (for text translation), and also Google is working on to expand more number of languages that work across various features.